Before the 13th century the literary language of Italy was Latin, which served for the writing of chronicles, historical poems, heroic legends, lives of the saints, religious poems, and didactic and scientific works. In addition to those who wrote in Latin, a number of the early Italian poets wrote in French or in Provençal, and borrowed most of their verse forms and literary themes from foreign sources. One of the most important verse forms was the Provençal canzone. The literary themes included the deeds of ancient heroes, of Arthurian knights, and of Charlemagne and his paladins. The geste, or tales, of Charlemagne first appeared in a Franco-Venetian vernacular and were later Italianized in Tuscany (Toscana). Besides attaining lasting popularity in Italy, the tales furnished themes of chivalry for subsequent Italian poets.

The earliest poetry written in Italian was that of the Sicilian school connected with the German Hohenstaufen court of the Italian-speaking Holy Roman emperor Frederick II and his son Manfred. They chose to administer their far-flung empire mainly from Sicily, which, partly under the impact of Arab civilization, had become one of the chief cultural centers of 13th-century Europe. The poetry of the Sicilian school, although written in Italian, had otherwise no native quality. It was largely a court type of love poetry, almost slavishly and often clumsily imitative of the current Provençal models. The most remarkable poets of the school were Giacomo Pugliese (flourished from about 1230 to 1250) and Rinaldo d’Aquino.

After the fall of the Hohenstaufen dynasty in 1254, the center of Italian poetry shifted to two cities, Arezzo, known for the work of Guittone d’Arezzo, and Bologna, distinguished by the innovations of Guido Guinizelli. Guittone d’Arezzo and his followers produced little poetry of distinction. Guinizelli was the creator of the dolce stil nuovo (“sweet new style”). In this style the poet did not exalt the worldly, fashionable type of love cultivated in the courts of princes, as in Provençal and Sicilian love poetry. He wrote instead of a Platonic love relationship, in which the loveliness of the adored woman spiritualized the lover, lifting his soul to a comprehension of divine beauty. The greatest of Italian poets, Dante Alighieri, who had a high regard for Guinizelli, wrote his first book, La vita nuova (1292; The New Life, 1861), in the new style. In prose narrative interspersed with lyrics, Dante described his idealized love for his beloved, Beatrice. Dante and the other poets of the dolce stil nuovo, notably Guido Cavalcanti and Cino da Pistoia, made it one of the great schools of Italian poetry.

Meanwhile another native, original type of poetry had appeared, a devotional poetry inspired by Saint Francis of Assisi, whose Canto dell’ amore (Canticle of Creatures) sings of love for all of God’s creation rather than for any single human being. The same feeling was expressed in a collection of legends in verse, Fioretti (Little Flowers), based on the life of Saint Francis. Other Franciscan poets followed in the 13th century, among them a poet with a Dantesque imagination, Jacopone da Todi, among whose beautiful hymns are the famous “Our Lady of the Passion” and “Stabat Mater.”

Dante is one of the great figures of world literature. He is remarkable for the loftiness of his thought, the vividness and fluency of his verse, and the boldness of his imagination. He was one of the founders of Italian literature through his use of the vernacular for some of his greatest works. About 1304 he wrote in Latin De Vulgari Eloquentia (Concerning the Common Speech), in which he advocated the use of Italian as a literary language.

Dante mastered the knowledge of his time and stands out as the greatest interpreter of the ideals of medieval Europe. His Convivio (The Banquet), written during the first years of the 14th century, is an almost encyclopedic summary of European culture. To his scholarship Dante added experience drawn from a varied and active civic life. He served as a magistrate of Florence and took part in the political controversies of the time. His political convictions, for which he suffered exile, are expressed plainly in his Latin treatise on government, De Monarchia (about 1313); in this work he projected enlightened imperial rule as the ideal system in which multiple conflicting states would be absorbed in one, church and state would be separated, and justice would be founded on Roman law.

Dante’s greatest work is his epic poem La divina commedia (The Divine Comedy), probably begun about 1307, and written in the vernacular for the sake of full and direct communication. It is a dramatization of medieval philosophy and theology partly in terms of the controversies and personalities of 13th- and 14th-century Italy. In some respects it is a literary guided tour through the three worlds of medieval theology: hell, purgatory, and paradise. Dante’s guides are Beatrice, the object of his chaste adoration, and the Roman poet Virgil. 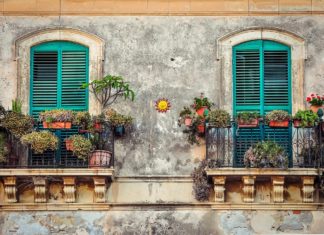 An extensive list of Italian proverbs in Italian and translated into English with book references. Popular Italian Proverbs A A cane scottato l 'acqua fredda pare...