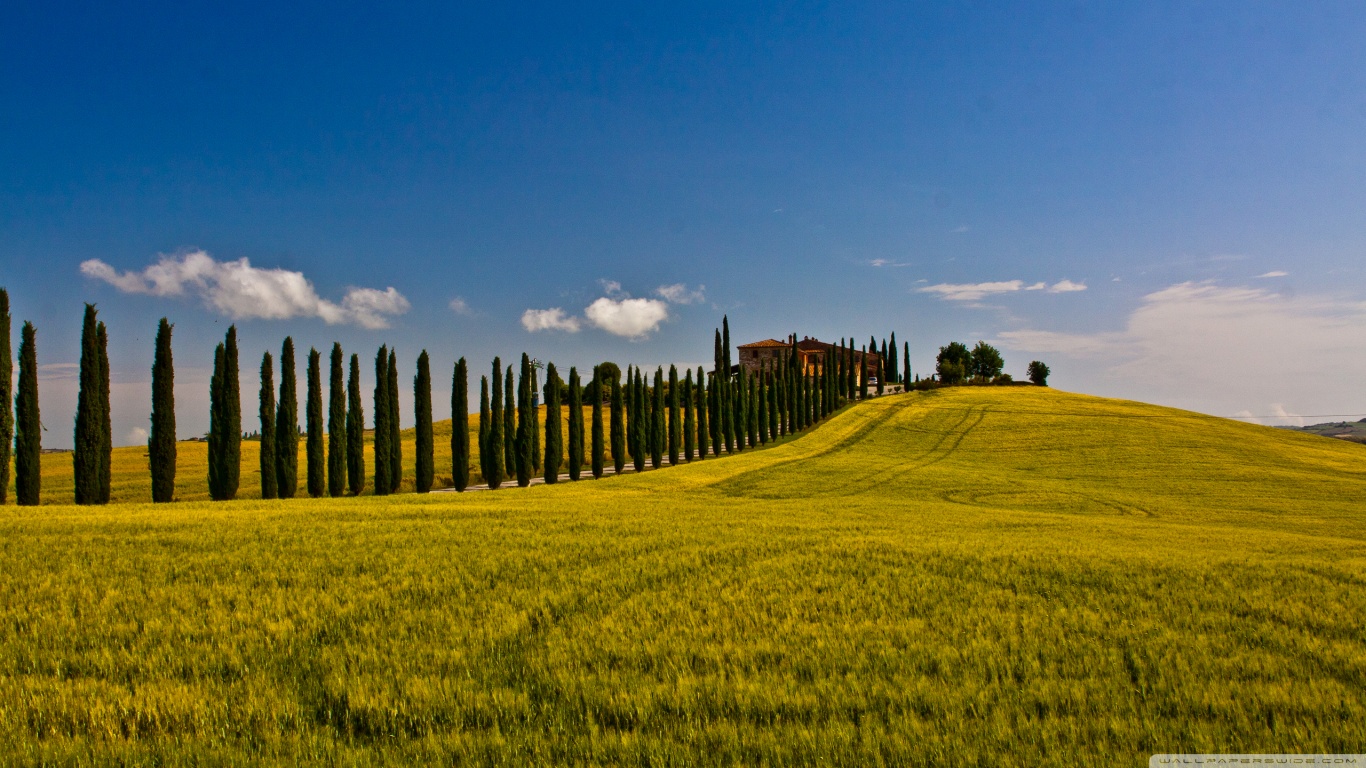 Italy has much history to be found in its beautiful cities and crisp green countryside, with a superb public transport system to facilitate this (particularly with regards to the train system). Each and every year, millions of tourists flock to the countries beaches, lakes, mountains and Roman ruins and are very rarely disappointed with what they find there.
With so much to see and so little time on the average holiday, what are the best highlights the country has to offer?

Often called the city of lovers, its romantic waterways (don’t miss out on a Gondola ride), tiny alleyways and beautiful architecture will leave you entranced and wishing you had longer to spend there. Although expensive when it comes to food and drink, it is certainly worth taking a day trip to one of the most beautiful cities the world has to offer. Don’t miss: The Grand Canal (the main s-shaped “street”), Piazza San Marco (the main square in Venice), St Mark’s Basilica (a superb example of Byzantine architecture), Bridge of Sighs (the view from the bridge was the last view convicts saw of Venice before imprisonment) and of course the Rialto Bridge (a beautiful bridge spanning the grand canal).

The capital of modern Italy, Rome is a bustling city full of life, mixed with ancient monuments, beautiful fountains, Renaissance Palaces and superb restaurants. With the pure size and scope of Rome, you’ll need a lifetime to see everything it has to offer. Don’t miss: Trevi Fountain (why not throw in a coin and make a wish), Vatican (Seat of the Pope), Saint Peter’s Square and Basilica, Colosseum (the largest amphitheatre ever built by the Romans), Arch of Constantine (one of the last examples of triumphal arches in Rome) and the Pantheon (a spectacular Roman temple adorned with the world’s largest un-reinforced concrete dome).

One of the richest cities in Europe and known throughout the world for its stylish shops, fashion scene and rich cultural heritage. If you want to expand your wardrobe with the latest fashions then this is the place to come. Don’t miss: La Scala (the world famous opera house), the Piazza del Duomo (the square where many of the tourist attractions are based), Duomo (Milan’s great cathedral), Galleria Vittorio Emanuele II (one of the best shopping malls in Italy), Santa Maria delle Grazie (the convent which houses Leonardo da Vinci’s Last Supper on one of its walls), Brera Art Museum (Milan’s leading art museum) and finally, Sforza Castle (a fortified palace built in the 14th century).

A beautiful Renaissance city located in Tuscany with a host of tourist attractions to appeal to any traveller. The beautiful churches and cathedrals, superb museums and elegant architecture make this a stunning addition to this top 10 list. Don’t miss: the Accademia delle Arti del Disegno (the gallery that houses Michelangelo’s David), Piazza della Signoria (Florence’s most famous square), Cathedral of Santa Maria del Fiore (a masterpiece of green, pink and white marble with a stunning dome), The Baptistery (one of Florence’s oldest buildings – 11th century – which has 3 stunning bronze doors), Campanile Bell Tower (a magnificent tower with 414 steps to climb to experience the amazing views of Florence) and finally, the Ponte Vecchio (Florence’s first bridge built in 1345; lined with shops that jut out over the river Arno, making for a superb photo opportunity).

This region has something for everyone, rolling green hills filled with grape vines, fine art, Pisa with its leaning tower, fine cuisine and a beautiful coast to boot. Packed to bursting with medieval forts, museums and galleries there’s much to see and do. Don’t miss: Leaning Tower of Pisa, Lucca (a well preserved walled city), Cortona (a hill town made famous in Frances Mayes book “Under the Tuscan Sun”), San Gimignano (a spectacular city with 14 medieval towers which can be seen from mile around), the Chianti Classico Wine Region (with many wineries at which you can task this superb variety) and lastly, Montecatini Terme (one of Italy’s top spa towns with a beautiful railway taking tourists to the hill town of Montecatino Alto).

Considered to be the most beautiful Italian lake by many travellers, the surrounding area is famous for its stunning scenery, lakeside towns, fine food and beautiful architecture. Used as a filming location in one of the new Star Wars films, the area is certainly very popular with tourists, so hotels can be expensive. Don’t miss: Como Town (brimming with superb architecture, history and art), Bellagio & Cernobbio Towns (considered to be the most beautiful of Lake Como’s towns), Isola Comacina (Lake Como’s only island, worth a visit to see the magnificent churches nestled within it’s lush green interior) and Villa Carlotta (a beautiful 17th century villa with luxurious interiors and manicured gardens with over 500 species of plants).

Another of Italy’s beautiful lakes and filming location for the car chase at the start of the James Bond film “Quantum of Solace”. Surrounded by many wonderful towns, a tunnel road hewn out of the rock face bordering the lake and overlooked by the Dolomite Mountains providing spectacular views and a place to ski during winter. Don’t miss: Malcesine (one of the most popular resorts on Lake Garda and with cable cars to take you up to the top of the nearby mountain Monte Baldo), Limone sul Garda (home to spectacular lemon houses and highly popular with tourists), Riva Del Garda (a town containing a 12th century castle and the Museo Civico), Torri del Benaco (known as the “Olive Riviera” due to the large number of olive trees in the area and offering a ferry service to the lake’s western shore) and finally, Gardone Riviera (a tourist resort with a botanic garden and containing the home of Gabriele d’Annunzio who was a famous Italian poet and novelist).

Known as the city of the star-crossed lovers due to it being the setting for William Shakespeare’s, Romeo and Juliet; Verona is perhaps one of the most popular tourist cities in Italy. Close to Venice but considered a quieter destination, the city has much to offer visitors with many attractions open to the general public. Don’t miss: Piazza delle Erbe (a square in the heart of Verona’s historic centre with a 14th century fountain, medieval buildings and several cafes), Lamberti Tower (climbing the stairs of the 84 meter high tower – or taking the lift if you feel like being lazy – will give you amazing views over the city and beyond), Juliet’s Balcony (a house off Via Capella has a famous balcony, said to be Juliet’s in Romeo and Juliet), Roman Theatre and Museum (the remains of a 1st century theatre can still be seen and summer performances are held there), Roman Arena (the third largest in Italy and built to hold 25,000 spectators; this is truly an awe-inspiring sight to behold) and lastly, Castelvecchio (this medieval castle, and the museum now housed within, make for an interesting visit with paintings, archaeological finds and ancient weapons/armour to be seen).

Home to the Shroud of Turin, one of the most investigated historical artefacts of all time and also the 2nd largest Egyptian museum in the world, this is certainly a must see destination. The beautiful architecture, pretty green park and Po River winding through the city means that your camera will be kept very busy. Don’t miss: Piazza Castello (the main square in the town, lined with trendy cafes and shops), Mole Antonelliana (a 167.5 meter high domed building, originally built as a synagogue and now housing the National Museum of Cinema, affording spectacular views across the town and surrounding countryside), Egyptian museum (as above), Cathedral of Saint John the Baptist (home to the Shroud of Turin), Valentino Park (as above) and the Galleria Sabauda (showing a spectacular collection of paintings ranging from the 14th to 19th century).

The 3rd most populated city in Italy with winding streets, beautiful architecture and within close proximity of Pompeii and also the Bay of Naples. A vibrant and lively city with many sites to see, don’t miss: Piazza del Plebiscito (the centre of modern Naples), Santa Chiara Church (a large complex including a monastery with stunning decorative tiles and frescoes), San Lorenzo Maggiore (a 13th century church with Roman and Greek remains underneath which are open to the public), Piazza del Mercato (a bustling market square), Castel dell’Ovo (a castle overlooking the harbour and the oldest in Naples), Teatro San Carlo (one of the oldest opera houses in the world and known for having perfect acoustics), Orto Botanico (one of the best botanical gardens in Italy) and finally, the Funiculare (an inclined railway which will take you up the hill into the Vornero district and award you with spectacular views of the surrounding area).

You might find it hard to pack all of these destinations in on just one visit to Italy, so it is certainly worth visiting time and time again to experience all that this wonderful country has to offer, including the above and much much more.

To ensure you have a wonderful holiday and give you peace of mind, make sure you have travel insurance that covers you for every eventuality that could occur whilst in Italy. Don’t forget to make use of price comparison websites such as moneysupermarket.com to make sure you get the best cover level at a price you can afford. 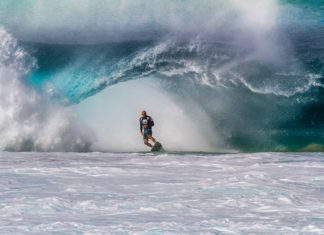