Italy and its art cities

Built by the Romans and immortalized by the Renaissance, Florence affords an unforgettable voyage through timeless art and architecture. Savor the contrast between the Boboli Garden’s green, groomed perfection, Brunelleschi’s bold, red-tiled Duomo and Giotto’s 14th-century Campanile in red, white and green marble. Gothic and Romanesque facades joust for attention on the churches of Santa Croce and Santa Maria Novella. Priceless works by Botticelli, Giotto, Michelangelo and Leonardo da Vinci fill the halls of the Uffizi Gallery. Within the Brancacci Chapel Masaccio’s Adam and Eve are expelled from the Garden of Eden, their shame and despair palpable. Meanwhile, on the Ponte Vecchio, the latest generation of craftsmen fashion unique art one can wear. It’s as if the Renaissance never ceased: Florence’s enlightenment continues to enchant the world. 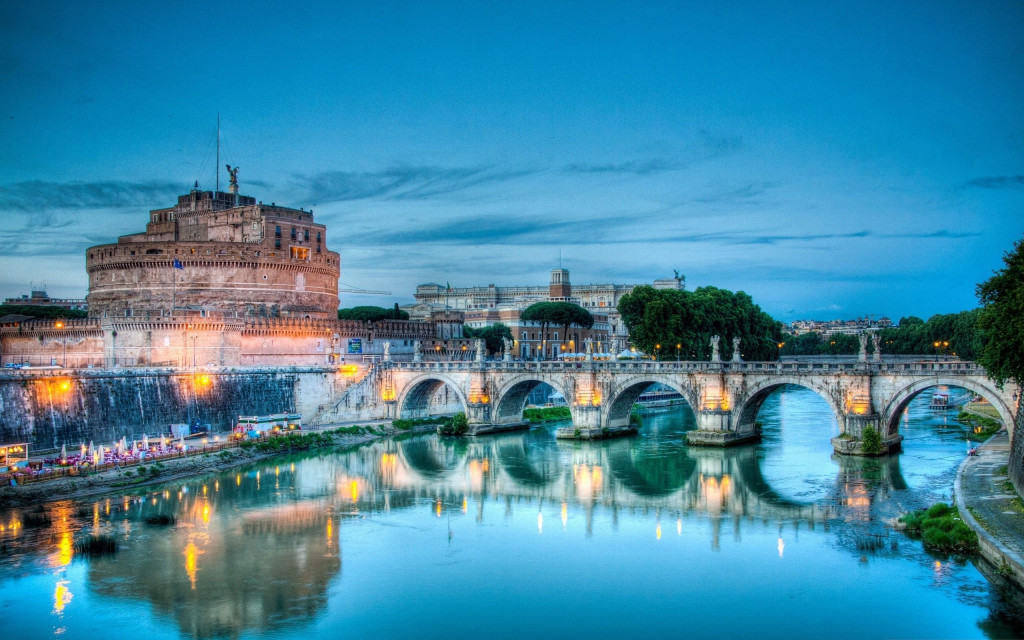 Founded in 754 BC by orphaned brothers Romulus and Remus, a walk through Rome is a walk through time. From the Colosseum to the Pantheon to the immaculate aqueducts and roads, the Roman Empire influenced design, engineering and architecture for centuries to come. The Vatican offers the awe-inspiring St. Peter’s Basilica, the Vatican Museums, housing enormous collections of art and the frescoed ceilings of the Sistine Chapel by Michelangelo. From Bernini to Bramante, Raphael and Caravaggio, marvel at the masterpieces that embellish and define the Eternal City: paintings, sculptures, palaces and ever-flowing fountains.

Venice is a feast of magnificent churches, lavish palazzi and stately bridges, all built upon a labyrinth of waterways and streets that are works of art in themselves. Stroll across the Rialto Bridge for an eagle-eye view of the Grand Canal and the gondolas. Delight in the Byzantine wonder of St. Mark’s Basilica, watch St. Mark’s Square bell tower pierce the sky and revel in the riches of the city’s museums. The Gallerie dell’Accademia showcases Venetian masters such as Tintoretto, Bellini, Giorgione and Carpaccio, while the Peggy Guggenheim Collection presents modern giants like Picasso, Dali, Pollock and Mirò.

This enchanting medieval city in the heart of the Emilia-Romagna region is peppered with red-brick roofs and miles of porticos, around which waft intense aromas of Bologna’s famous culinary delights. Visitors will be tempted by plump tortellini, scrumptious tagliatelle with ragu, fragrant mortadella and more. These hearty, savory dishes literally capture the true flavor of this wonderful old town – as well as giving guests the fuel to explore it! Stroll through the Piazza Maggiore or scale the Torre Asinelli, one of Bologna’s Due Torri (Two Towers), a monumental reminder of its historic past. The city is also home to the western world’s oldest university, which fills the atmosphere with a vibrant and passionate spirit. A trip to Bologna is an absolute treat for all the senses.

In the 17th century Naples reigned as the undisputed cultural capital of Europe. Within its National Museum of Archeology lies a bountiful collection of artifacts, sculptures and mosaics recalling its past as well as that of Rome, Greece, Egypt, Pompeii and Herculaneum. Music and song has long defined this sunny city: Naples is home to the San Carlo opera house, Europe’s oldest working theatre since 1737. Architecturally, the jewel in the crown is the Galleria Umberto I; its elegant glass dome and barreled vaults now host shops and restaurants. Nearby, the vast Piazza del Plebescito embraces the Royal Palace and the church of St. Francis of Paola. At day’s end, the sun glints on the towers of the 13th-century Maschio Angioino fortress.

This ancient Phoenician seaside colony features a spectrum of architectural styles reflecting many civilizations: Greek, Roman, Arabic, Norman, Spanish, French and Byzantine. Each built upon and embellished buildings created by successive cultures, creating a wonderful harmony of designs. From the stunning Royal Palace to the Palatine chapel’s lustrous Byzantine mosaics; from St. John of the Hermit’s original Arab crimsoncolored domes and its serene cloisters to the three-tiered Baroque sculptural magnificence at the intersection of Quattro Canti. Palermo’s artistry also finds expression in its theaters: at The Teatro Massimo and the Teatro Politeama Garibaldi, concerts and ballet have been performed for centuries.