In the 7th century this province, which had been part of the Byzantine Empire, was overrun by the Lombards, and the name “Calabria” was then applied to the “toe” of Italy, which the Byzantines still controlled. The “toe” had until then been known as “Bruttium”.

The landscape provides the main reason to come to Calabria: artistically it is one the most barren regions in Italy, but the combination of mountain grandeur and a relatively unspoilt coastline, often in close proximity, give it a powerful appeal, and one only beginning to be exploited by the tourist industry.

Two of the main cities, Cosenza, lying just inland of the Tyrrhenian coast, and Reggio, at its southern tip, lie within the shadow of the forested slopes of the Sila massif and the craggy wilderness of Aspromonte, respectively, and Cosenza also holds Calabria’s most compelling old centre, in striking contrast to the progressive and prosperous sheen of its modern counterpart. 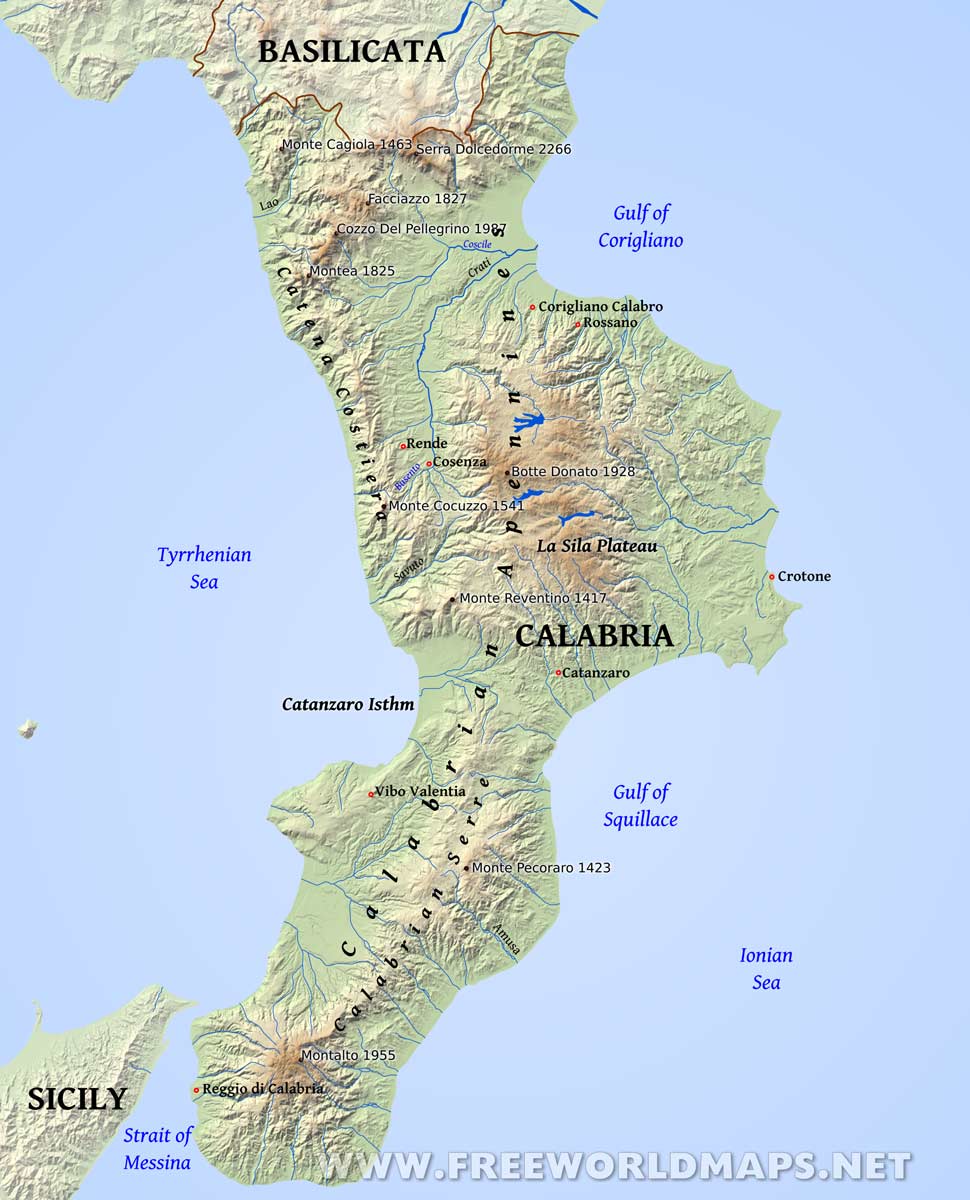 Tourism in Calabria has increased over the years. The main tourist draws in Calabria are the coastline and the mountains. The coastline alternates between rugged cliffs and sandy beaches, and is sparsely interrupted by development when compared to other European seaside destinations.

The sea around Calabria is clear, and there is a good level of tourist accommodation. The poet Gabriele D’Annunzio called the coast facing Sicily near Reggio Calabria “…the most beautiful kilometer in Italy” (il più bel chilometro d’Italia). The primary mountain tourist draws are Aspromonte and La Sila, with its national park and lakes.

The food of Calabria is similar to that of Campania, but tends to have a rougher approach. Greek influence still pervades in the form of aubergines (eggplant), swordfish and sweets incorporating figs, almonds and honey; otherwise it has the common trademarks of the south – plenty of pasta, pork and cheeses such as mozzarella, caciocavallo, mature provolone and pecorino.

A fondness for spicy food shows in the popularity of all types of peppers and, unusually in Italy, ginger (zenzero), which is thrown into many dishes. Strong cheeses, like matured ricotta – to match the strength of other ingredients – are favoured.

Cirò is the success story of Calabrian wine making, an old wine that has been given some modern touches and now shifts bottles outside its home territory. Not surprisingly, given its far-south position, Calabria also turns out sweet whites such as Greco di Bianco.