The region immediately south of Lazio, Campania, marks the real beginning of the Italian south or mezzogiorno. It’s the part of the south too, perhaps inevitably, that most people see, as it’s easily accessible from Rome and home to some of the area’s (indeed Italy’s) most notable features – Roman sites, spectacular stretches of coast, tiny islands.

It’s always been a sought-after region, first named by the Romans, who tagged it the campania felix, or “happy land” (to distinguish it from the rather dull campagna further north), and settled down here in villas and palatial estates that stretched right around the bay.

You might, of course, find this hard to believe now, and anyone coming in search of the glories of the Bay of Naples is likely to be disappointed.

Industry has eaten into the land around the city so as to render it almost unrecognizable, and even in the city the once-grand vistas are often cluttered by cranes and smoke-belching chimneys. Many people take one look and skate right out again, disappointed at such a grimy welcome.

But give the area time. Naples is the obvious focus, an utterly compelling city and one that dominates the region in every way. At just two-and-a-half hours by train from the capital, there’s no excuse for not seeing at least this part of Campania, though of course you need three or four days to absorb the city properly, before embarking on the remarkable attractions surrounding it. 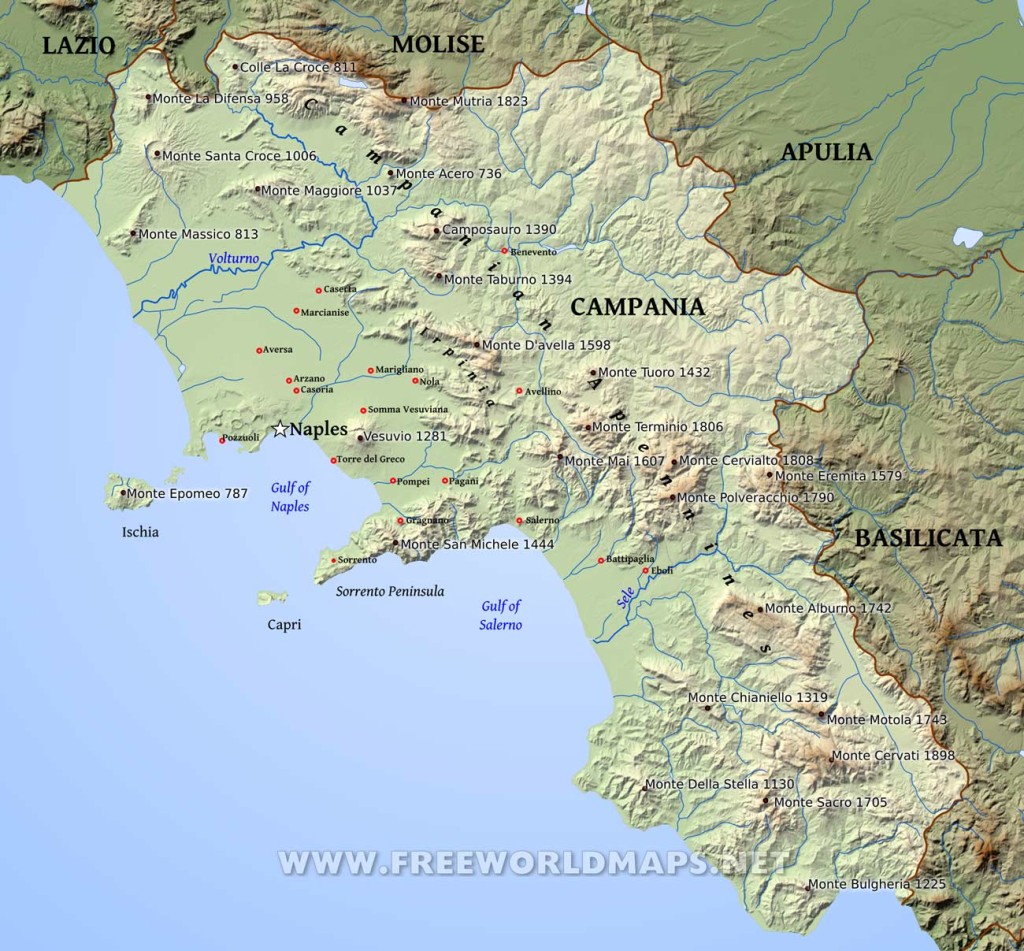 Inland Campania is, by contrast, a poor, unknown region for the most part, but the nearby towns of Capua and Caserta repay visits and are easily seen on day-trips.

Similarly Benevento, an old stop on the Roman route to Brindisi, has its moments, though you might want to make this part of a wider trip through Campania’s interior (or on to Puglia), bearing in mind that it’s a difficult and not especially rewarding area to travel through.

The area south of Naples has more immediate appeal – beach-bum territory on the whole, though certainly not to be avoided. Sorrento, at the far east end of the bay, is a major package-holiday destination but a cheery and likeable place for that; and the Amalfi coast, across the peninsula, is probably Europe’s most dramatic stretch of coastline, harbouring some fantastically enticing – if crowded – beach resorts.

Further south, the port of Salerno is an inviting place and gives access to the Hellenistic site of Paestum and the uncrowded coastline of the Cilento just beyond.
For more information about Campania visit wikipedia