Of all Italy’s historic cities, it’s perhaps Rome, in the region of Lazio, which exerts the most compelling fascination. There’s more to see here than in any other city in the world, with the relics of over two thousand years of inhabitation packed into its sprawling urban area. You could spend a month here and still only scratch the surface. As a historic place, it is special enough; as a contemporary European capital, it is utterly unique.

Perfectly placed between Italy’s North and South, and heartily despised by both, Rome is perhaps the perfect capital for a country like Italy. Once the seat of a great empire, and later the home of the papacy, which ruled its dominions from here with a distant and autocratic hand, it’s still seen as a place somewhat apart from the rest of Italy, spending money made elsewhere on the corrupt and bloated government machine that runs the country.

Romans, the thinking seems to go, are a lazy lot, not to be trusted and living very nicely off the fat of the rest of the land. Even Romans find it hard to disagree with this analysis: in a city of around four million, there are around 600,000 office-workers, compared to an industrial workforce of one sixth of that. 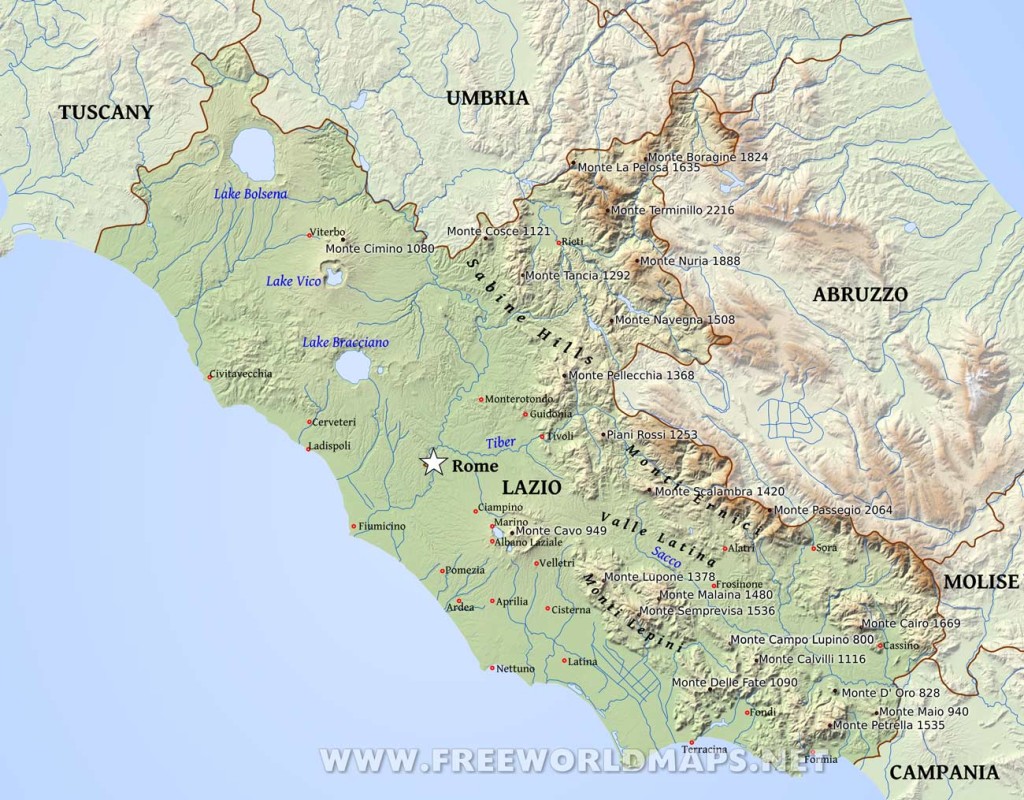 There is the modern epoch too, from the ponderous Neoclassical architecture of the post-Unification period to the self-publicizing edifices of the Mussolini years. All these various eras crowd in on one another to an almost overwhelming degree: there are medieval churches atop ancient basilicas above Roman palaces; houses and apartment blocks incorporate fragments of eroded Roman columns, carvings and inscriptions; roads and piazzas follow the lines of ancient amphitheatres and stadiums.

Inevitably, Rome is not an easy place to absorb on one visit, and you need to approach things slowly, even if you only have a few days here. You can’t see everything on your first visit to Rome, and there’s no point in even trying. Most of the city’s sights can be approached from a variety of directions, and it’s part of the city’s allure to stumble across things by accident, gradually piecing together the whole, rather than marching around to a timetable on a predetermined route.

In any case, it’s hard to get anywhere very fast. Despite regular pledges to ban motor vehicles from the city centre, the congestion can be awful. On foot, it’s easy to lose a sense of direction winding about in the twisting old streets. In any case, you’re so likely to come upon something interesting it hardly makes any difference.

Beyond Rome, the region of Lazio inevitably pales in comparison, with relatively few centres of note and a landscape that varies from the gently undulating green hills of its northern sector to the more inhospitable mountains south and east of the capital. It’s a fairly poor region, its lack of identity the butt of a number of Italian jokes, and it’s the closest you’ll get to the feel of the Italian south without catching the train to Naples.

Much, however, can be easily seen on a day-trip from the capital, not least the ancient sites of Ostia Antica and the Roman Emperor Hadrian’s villa at Tivoli – two of the area’s most important ancient sites. Further afield, in the north of Lazio the Etruscan sites of Tarquinia and Cerveteri provide the main and most obvious tourist focus, the slightly gloomy town of Viterbo the best base; Romans, meanwhile, head out at weekends to soak up the gentle beauty of lakes Bracciano, Vico and Bolsena.

The region east of Rome is sparsely populated and poor, though scenically appealing, its high hills unfolding beyond the main, rather dull, regional centre of Rieti. The south, on the other hand, is the one part of Lazio where you might want to spend a little longer, especially if you’re beating a leisurely path to Naples.

You can see coastal resorts like Anzio and Nettuno as a day-trip too, and they make the best places to swim while based in the capital. But the coast beyond demands more attention: resorts like Terracina and Sperlonga are relatively unknown outside Italy; and islands like Ponza one of the loveliest spots, out of season at least, on the entire west coast.

Inland, much is mountainous and fairly inaccessible, but that’s part of its appeal: the monasteries at Subiaco and Montecassino are just two worthwhile stops on what might be a rewarding and original route south.