Many of the dishes in Piedmont’s (Piemonte) swankiest restaurants derive from the tables of the Piemontese aristocracy, in particular the Savoy dukes and kings who ruled the region from the eleventh century, making Turin their capital in 1574. Their presence is clearly visible today in the grandiose architecture of central Turin and in their ostentatious hunting palace at Stupinigi just outside the city.

Piedmont and the Savoys were at the heart of the Italian Unification movement in the nineteenth century, which, under King Vittorio Emanuele II and the Piemontese statesman Camillo Cavour, succeeded in dragging the various regions of Italy together under Savoy rule.

Rome became the new capital, much to the disquiet of the Piemontese aristocracy and bourgeoisie, who acted quickly to save the region’s not inconsiderable influence, setting up industries such as Fiat and Olivetti that were destined to change the face of Italian as well as Piemontese society. These days Piedmont is second only to Lombardy in national wealth and power. 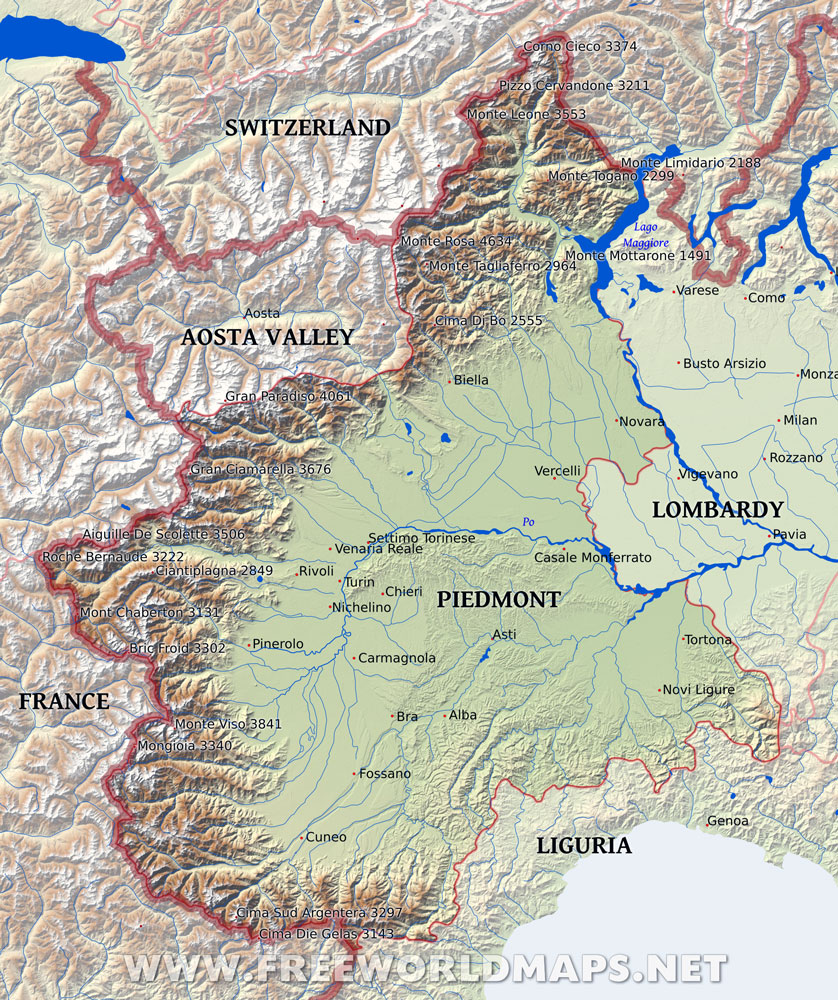 Getting around Piedmont is fairly easy. The network of trains and buses is comprehensive, and your own transport is only necessary for the more out-of-the-way places. You can get to most places from Turin; Alba makes a good base for exploring Le Langhe, Saluzzo for the western valleys.

A less typically Mediterranean landscape than the area east of Turin would be difficult to imagine. The vast paddy fields here produce more rice than anywhere in Europe, on a deadly flat plain across which road and rail cut on their way to Milan. For about half the year the fields are flooded (with warm water in winter), and are at their most evocative in autumn when the weak sun filters through the mists, making the stalk-spiked waters gleam. Most people are ready to move on, though, just as soon as the novelty wears off.

The main attraction of northern Piedmont is really the mountains, especially the dramatic Alpine Valsesia, which winds up to the foot of Monte Rosa on the Swiss border. On the way, stop off at two of the region’s most visited sanctuaries, the Santuario d’Oropa near Biella and the Sacro Monte at Varallo.

From here you’re well poised either for Piedmont’s mountains or those of Valle d’Aosta, a few kilometres west. Worth a slight detour is the magical train ride that starts at Domodossola, conveniently en route if you’re heading for Switzerland or down to Milan.