(1475 – 1532) Bernardino Luini was a North Italian painter from Leonardo’s circle, a conservative painter who took “as much from Leonardo as his native roots enabled him to comprehend”. Consequently many of his works were attributed to Leonardo. Both Luini and Giovanni Antonio Boltraffio were said to have worked with Leonardo directly.

Luini is said to have been a pupil of Ambrogio Bergognone. Born in Dumenza, he was a prominent Lombard painter of the early sixteenth century. Details of his life are scant. He worked in Milan, where he painted several frescoes in palaces and churches in and around the city.

The best known of these are the frescoes for Villa Pelucca in Sesto San Giovanni (now in the Pinacoteca di Brera, Milan). In circa 1525, he completed a secreis of frescos on the life of the Virgin and Christ for the church of Santa Maria dei Miracoli in Saronno.

He was known especially for his graceful female figures with slightly squinted eyes, called Luinesque by Vladimir Nabokov. He died in Milan.

Amazon.com
A1 Poster of The Sleep of The Child Jesus presumed to be Painted by...
$54.99
BUY NOW

Amazon.com
The Virgin Holding The Sleeping Child, with St John and Two Angels by...
$57.99
BUY NOW 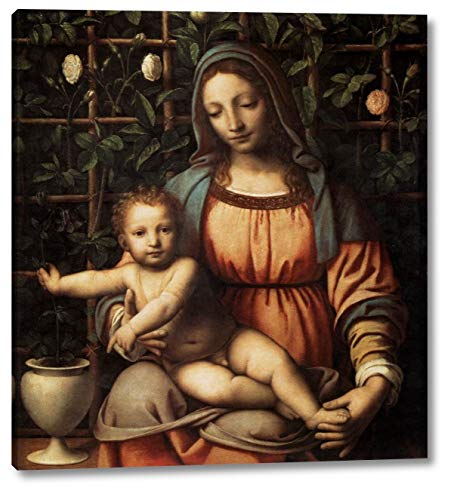 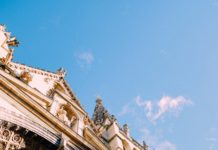