Giorgio de Chirico was born in Greece in 1888, to Italian parents. Although he was the son of a railroad worker, Chirico quickly developed an interest in art. He studied in Athens, Munich and Italy, and settled in Paris in 1912, where he stayed until the outbreak of the First World War.

Until his return to Paris in 1925, where he would live until 1940, Chirico lived in Germany, and was influenced by the surrealism of Alfred Bocklin and the philosophy of Friedrich Nietzsche. Thus, in 1917, along with Carlo Carra, he founded the “Scuola Metafisica,” a loosely formed group dedicated to the exploration of the mystery and fantasy underlying the surface reality.

A well-regarded pre-Symbolist, Chirico was one of the first artists to evoke a sense of mystery and poetry through the juxtaposition of seemingly unlikely objects.

He applied highly individualized, even autobiographical motifs to his art works. His enigmatic groupings somehow suggest subtle and elusive meanings that could be derived if only one had the keys to unlock them. He died in 1978.

In the paintings of his metaphysical period, De Chirico developed a repertoire of motifs—empty arcades, towers, elongated shadows, mannequins, and trains among others—that he arranged to create “images of forlornness and emptiness” that paradoxically also convey a feeling of “power and freedom”. According to Sanford Schwartz, De Chirico—whose father was a railroad engineer—painted images that suggest “the way you take in buildings and vistas from the perspective of a train window. His towers, walls, and plazas seem to flash by, and you are made to feel the power that comes from seeing things that way: you feel you know them more intimately than the people do who live with them day by day. 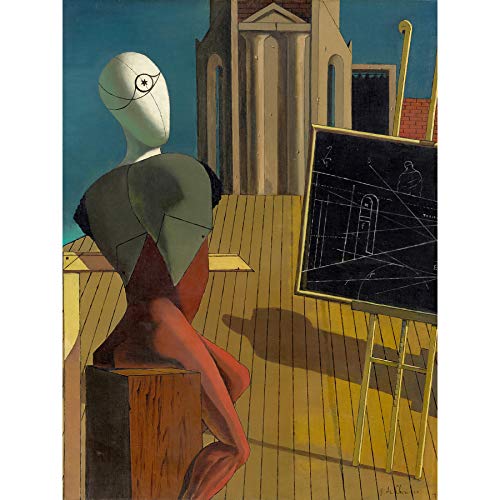 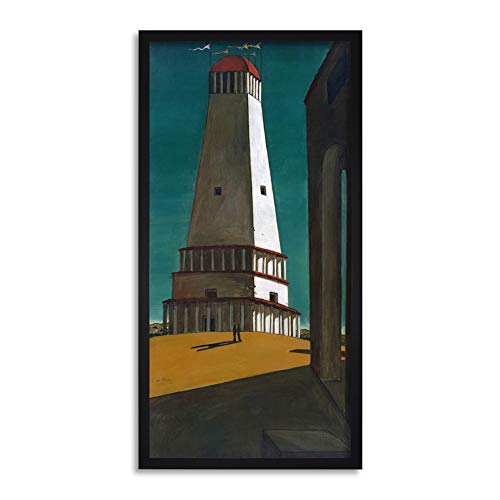 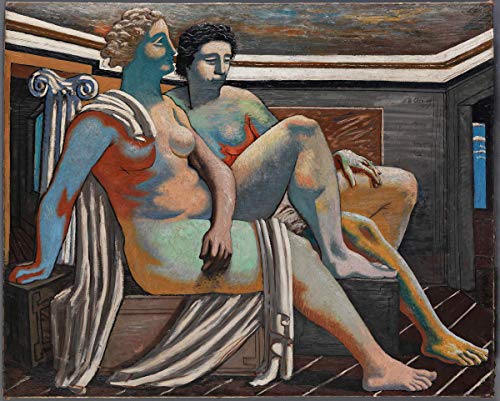