Gianbattista Tiepolo, as a youth, was apprenticed to Gregorio Lazzarini, a mediocre but fashionable painter known for his elaborately theatrical, rather grandiose compositions.

Tiepolo soon evolved a more spirited style of his own. By the time he was 20, he had exhibited his work independently, and won plaudits, at an exhibition held at the church of S. Rocco. The next year he became a member of the Fraglia, or painters’ guild.

In 1719 he married Cecilia Guardi, whose brother Francesco was to become famous as a painter of the Venetian scene. They had nine children, among them Giovanni Domenico and Lorenzo Baldassare, who were also painters.

In the 1720s Tiepolo carried out many large-scale commissions on the northern Italian mainland. Of these the most important is the cycle of Old Testament scenes done for the patriarch of Aquileia, Daniele Dolfin, in the new Archbishop’s Palace at Udine. Here Tiepolo abandoned the dark hues that had characterized his early style and turned instead to the bright, sparkling colors that were to make him famous.

Successful from the beginning of his career, he has been described by Michael Levey as “the greatest decorative painter of eighteenth-century Europe, as well as its most able craftsman.” 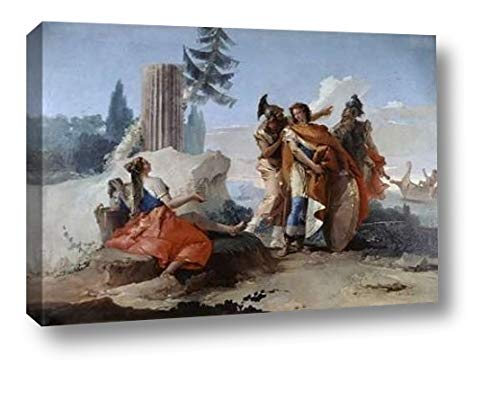 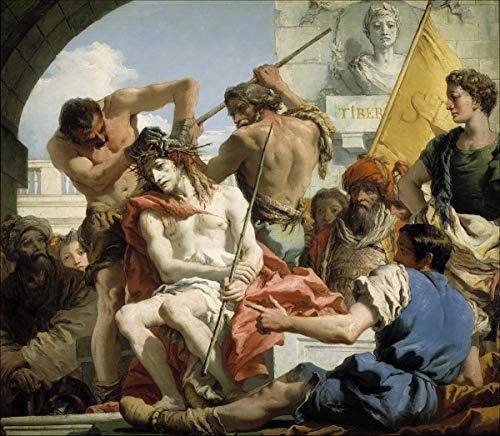 Amazon.com
The Discovery of The True Cross and St. Helena by Giovanni Battista Tiepolo
$11.95
BUY NOW

Amazon.com
Giovanni Battista Tiepolo: Alexander the Great and Campaspe in the Studio of...
$6.99
BUY NOW