Authentic Italian recipes, for us, mean many things: they are small projects of production, which allow us to enrich our tables of tasty and healthy food, without too much effort; they are a way to spend a fun evening with our family or friends; they are also a matter of culture – peculiar to certain regions or cities, or even to one or a few families; they are contact which often have remained unchanged for centuries and which have been handed down orally, from parents to children.

A traditional recipe, then, in addition to fulfill the function for which it was conceived (i.e. to give advice for the preparation of food, using ingredients typical of a certain geographical area), is a historical message that provides information on the social reality from which it originated.

A traditional Italian proverb says, “tell me what you eat and I will tell you who you are.” Authentic Italian recipes, in fact, help us to understand habits and customs of a certain region, its historical events and sometimes its linguistic evolution.

Therefore, they reflect the historical identity of a group of people (even a whole people) in a given area, at a certain time. History, you know, should be studied and understood, and perhaps we can comment it, but never altering or distorting its contact.

A practical example may clarify the matter: in some websites and even in some restaurants (outside Italy) you might find a recipe called “Spaghetti alla Bolognese”. This recipe, of course, is not an authentic Italian one, and the cook who invented it, has endeavored to mix, wrongly, two cornerstones of Italian cookery, “Spaghetti” and “Ragù alla Bolognese” which, however, are not suitable to each other. In this case, the authentic Italian recipe is “Tagliatelle alla Bolognese”.

We should also consider that a good recipe is a matter of tradition, culture… and a bit of imagination. Every cook has his own special recipes, to which she added a little imagination. However, there are some typical Italian dishes, including, for example, the above mentioned “Tagliatelle alla Bolognese”, or “Pizza Margherita”, or “Pesto alla Genovese” and many others, which, in their field, are real models of Italian cuisine and, as such, should remain unchanged. 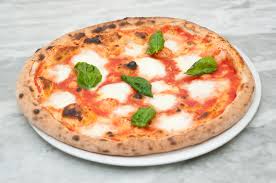 If any foreign tourist comes to Italy to see the “Michelangelo’s David” in Florence and, in its place, he finds instead a sculpture by a contemporary artist, do you think this tourist would be satisfied? The same applies to “Pizza Margherita” with common mozzarella cheese instead of fresh “mozzarella di bufala”, and also to “Pesto alla Genovese” with almonds, walnuts and pistachios instead of pine nuts.

In the cuisine of the U.S., of course, there are numerous new Italian-American dishes which are inspired by authentic Italian recipes, but it’s correct to say that they have different names from those of their original models, that were imported to America in the late nineteenth century, by the many immigrants who arrived in New York from mostly Southern Italy.

In addition to the desire to integrate quickly into their new homeland, those migrants brought with them some special gifts, including their books on traditional recipes, which gave rise to the Italian-American cuisine.

We believe that a better understanding of the contemporary cookery – in order to distinguish the true from the false, i.e. the modern recipe conceived with fantasy, from the one that, incorrectly, pretends to be its original model and copies its name, yet modifying ingredients and taste – you should carefully read some books of original Italian recipes that those immigrants brought to America.

Such recipes were kept unchanged for centuries, because they corresponded to traditions and culture of the country of origin.

Therefore, we think that the best way of promoting authentic Italian recipes, (knowing that each zone of the country has its own cookery, with typical characteristics) is a more careful study of Italian history, the understanding of culinary traditions and the spreading of correct information.

Bring Italy to Your Home: Inspiring Houseplants and Flowers for Your Interior