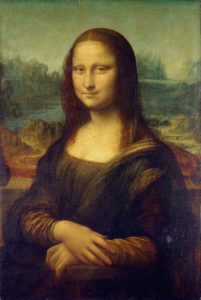 Painted by Leonardo Da vinci in the 16th century, the Mona Lisa has been described as “the best known, the most visited, the most written about, the most sung about and the most parodied work of art in the world.” While the famous painting is perhaps the most well-recognized portrait by an Italian painter today, it isn’t the only notable work of art of its time. From a self portrait by one of the most famous painters in history to a portrait of Bellini’s gloved subject — and even a painting of a Venetian Doge, here are just three examples of unique and notable pieces by Italian artists. 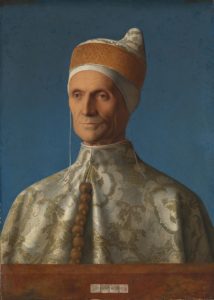 When delving into famous works of art by Italian Renaissance painters, Giovanni Bellini is noted as being “the most brilliant of a family of painters who dominated Venetian and northern Italian art in the late 15th century,” according to one article from The Guardian, which was published in 2000 by author Jonathan Jones. The article further notes that Giovanni is “credited with popularising portraiture in Venice,” further going on to cite a quote written by the 16th century art chronicler Vasari: “He introduced into Venice the fashion that everyone of a certain rank should have his portrait painted either by him or by some other master.”

While some of the painter’s works of art include titles such as Drunkenness of Noah and The Feast of the Gods, Bellini’s portrait of the Doge Leonardo Loredan is certainly one worth noting. Currently located at The National Gallery in London, England, the portrait was painted in 1501—02 and depicts the subject in the official garments as the Doge of Venice (the Venetian Republic’s head of state). Featuring a blue background, the light cream, brown, and gold colors of the Doge’s ceremonial robes and hat create a stark contrast that make the painting a true statement piece that highlights the importance of the position (as Doges typically held the position for life). 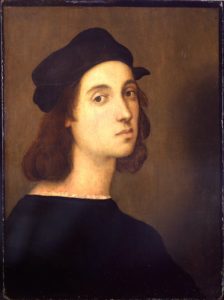 Along with Leonardo Da Vinci and Michelangelo, Raphael is yet another famous Italian painter, best known for his works that include The School of Athens and Transfiguration. While the artist has also done a number of portraits, including La Fornarina and La Velata, Raphael has also done a self portrait. Dated at the year 1506, the oil on panel painting showcases a hairstyle/cut that is typical for the Renaissance in addition to a dark cap typically used by painters. Le Gallerie Degli Uffizi further describes the portrait, pointing out the painter’s dark robe, the description stating “In short, he is wearing his simple working attire, an intentional allusion to his trade, which he proudly proclaimed here in this way.” As for the artist himself, his soft facial features along with a neutral expression are expertly depicted, bringing to light a perfect example of the art of capturing an individual’s likeness via painting.

It’s important to keep in mind that through a portrait, artists are able to draw upon realism – though are equally as able to exaggerate, highlight, capture, and define features, allowing for a unique translation onto the canvas. While the artistic qualities of portraits can be found in works across Italy, each piece works to showcase the artist’s style, perspective, and their subject in a different way. When compared with another self portrait by the artist, it’s noted that “Although painted using different techniques, in both portraits the artist portrays himself with an identical expression and features.”

Man with a Glove 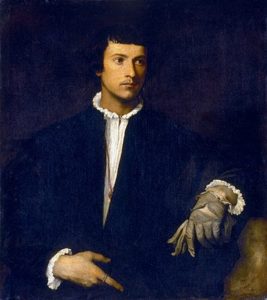 Man with a Glove, a 1520 painting by the Italian Renaissance artist Titian, is an oil on canvas portrait depicting a man resting his arm on marble while wearing a glove on one hand. The gloved hand is shown holding the other glove, leaving a bare right hand with a single gold ring on the index finger to show in the painting. Wearing a dark jacket with a white shirt underneath — in addition to a long necklace — the subject of the portrait has not been identified, adding further mystique for the viewer. Titian.net points out that the artist uses very few colors in this piece, “just grayscale tones plus his usual tones of flesh,” making for a moody yet elegant work of art. Titian.net further goes on to note that while the painting currently resides in the Louvre museum in Paris, France, it was once part of Charles I of England’s art collection, and later fell into ownership of Louis XIV of France before coming to its current location in Paris.

While the Mona Lisa is perhaps one of the most famous works of art out there, there are a number of other portraits by Italian artists that often go unrecognized. From Raphael’s self portrait to Bellini’s Doge painting and even an unidentified gloved subject by Titian, each highlights the unique artistic interpretation of their painters.