Giorgio Giorgione was born Giorgio Barbarelli in Castelfranco in 1477. Very little is known about this master who died of the plague at the age of 34, but who changed the entire course of sixteenth-century Venetian painting.

Only sixteen of his works have been definitely identified. This can perhaps be explained by the fact that Titian and Giorgione had both studied with Giovanni Bellini and had worked together during Giorgione’s lifetime and that Titian finished some of the works left unfinished at Giorgione’s death.

Others of Giorgione’s works were destroyed by time and accidents of weather, as is the case with the exterior frescoes of the Fondaco dei Tedeschi in Venice.

A few faded fragments remain of this work described by Vasari as “in the whole, well composed, well designed, and colored with great animation.” Giorgione showed, in his work, a Raphaelesque ideal of beauty and the strong sculptural forms of Michelangelo.

These characteristics were combined in delicately drawn, harmonious, monumental paintings that are warm in color and rich in shadows and reflections, with light filtering through a transparent glaze.

The result is a mysterious, spiritual concept of nature as the symbol of an emotion or a state of mind. Although he died at an early age in 1510 his works are characterized by a depth of understanding that is indicative of a degree of early maturity. His creative genius influenced many artists who were to follow, including Titian and Sebastiano del Piombo. 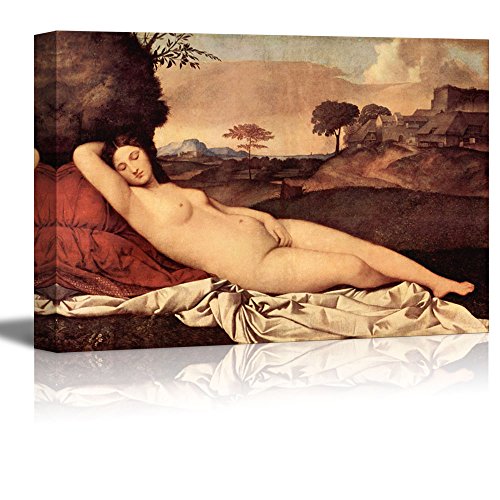 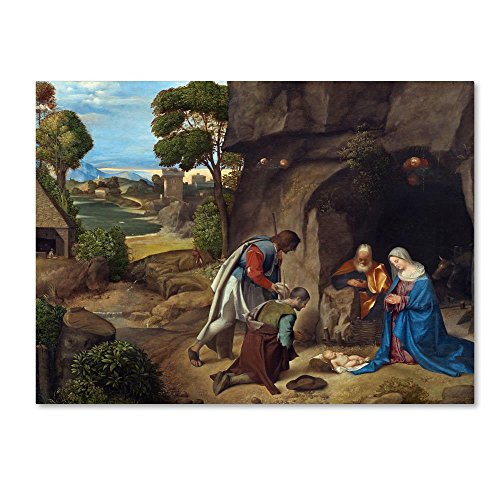 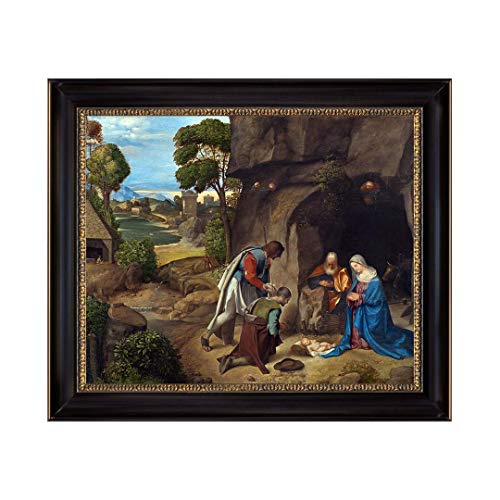 Amazon.com
UpperPin The Adoration of The Shepherds by Giorgione, Oil Painting Print on...
$249.00
BUY NOW 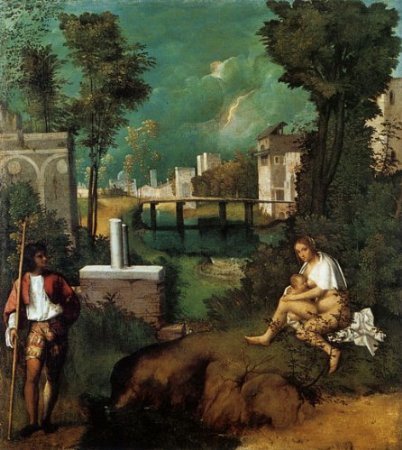 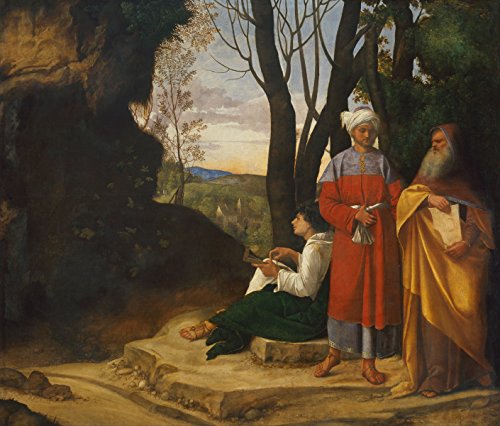 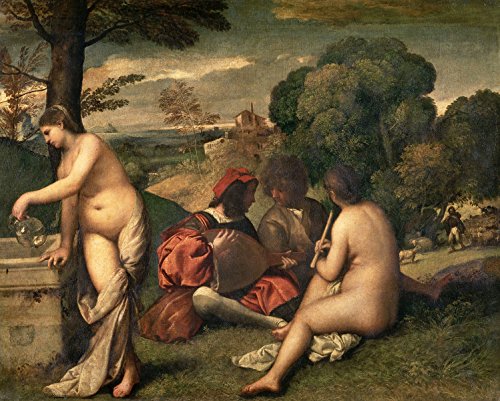 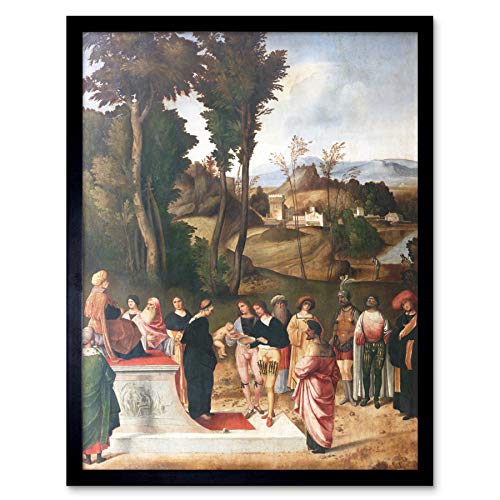 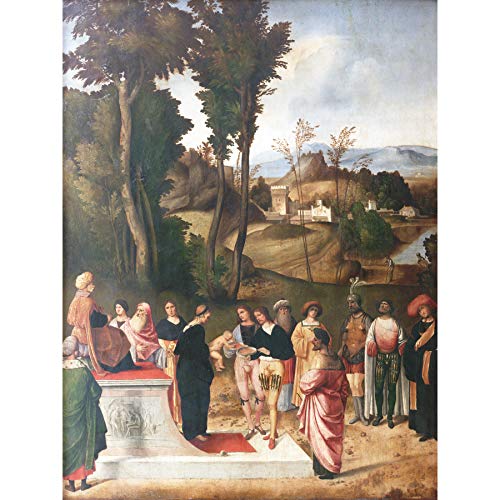