Italy is known for its sartorial history – and there’s no doubt about it. If you ever see a picture taken in the street, where everyone, without any exception, is stylish, rest assured that picture was taken in Italy.

But what if you’re looking for some Italian inspiration that doesn’t necessarily scream extravagance? Look no further than the Italian actor Raoul Bova. 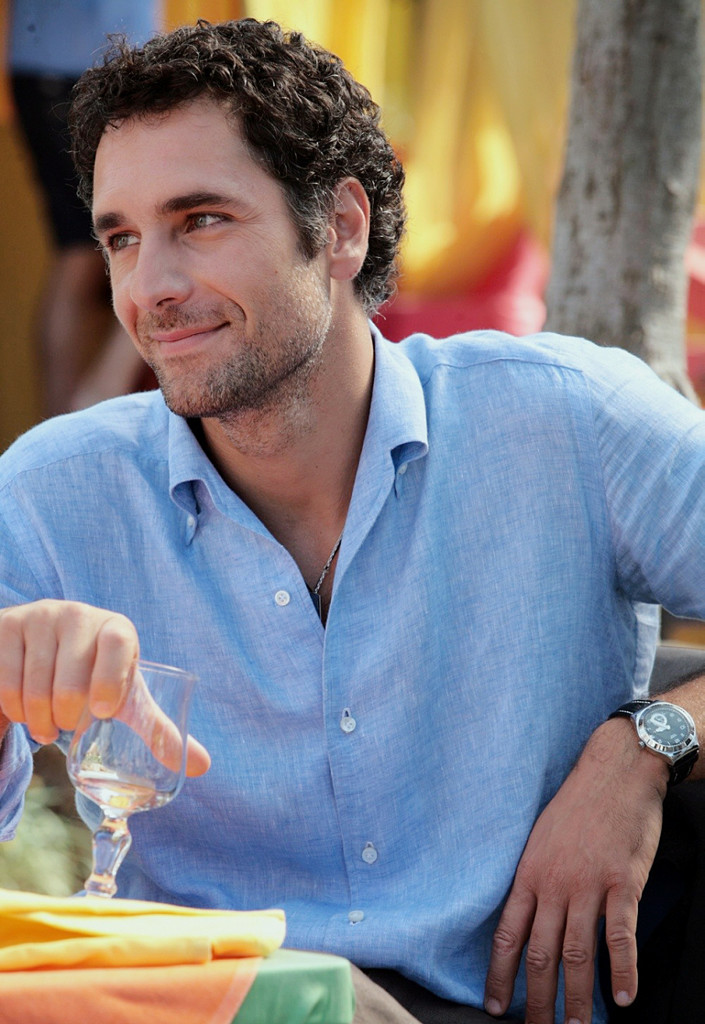 Before I let you in on his style secrets, let me tell you a little about him. His city of birth was Rome, in the summer of 1971. He took swimming seriously while he was young, joined the Army at 21 and eventually found his true love: acting.

He played in over 30 movies and TV series. Ever heard of La piovra? He appeared in the 7th and 8th series. Here played in a lot of movies as well, such as Rewind, Piccolo grande amore, Il testimone, Facing Windows, Alien versus Predator and many more.

Ok, back to style. Raoul Bova is the perfect example of someone who likes to dress simple, yet stylish. If you’re not extremely concerned with the way you look, yet you want to make a good impression, you’ll have a lot to learn from him.

Which brings me to the core of his outfit: the shirt. If you’re the type of person who’s been wearing t-shirts all of his life, you need to start wearing dress shirts ASAP. Shirts are very stylish, as long as they’re made from a good material and they fit you well.

You’ll see Raoul wearing shirts in a very casual way, yet, in a way congruent to his personality. He looks cool and relaxed and his shirts emphasize that. Notice how, in most of his pictures, he unbuttons one or two buttons to achieve this look.

Whenever he wants to stand out a little more, Raoul knows how not to overdo it. He complements his shirts by a sports jacket or a leather jacket and, sometimes, a pendant. This is just enough to project a sharp look without coming across as a try-hard.

You’ll rarely see Raoul wearing a tie, but you’ll see him wearing pendants very often. Ties balance the outfit in favor of formal while pendants balance them in favor of casual. It’s up to you which way you want to go.

One last aspect I’m not sure you noticed when you looked at Raoul Bova’s photos. He always takes cares of his haircut. While he doesn’t go for anything extravagant, he does like to keep his hair in top shape.

You’ll notice that his haircuts are easy to do at home. But, if you want to try on his hair styles, you should keep a few things in mind:

– The shape of your face: if you don’t have an oval face like Raoul’s, his haircuts may not look good on you. Each haircut matches one or two facial shapes

– Your hair type: if you have very thick hair, you might not be able to pull off his haircuts. Just as well, if your hair is not curly by nature (like Raoul’s), you might reach a dead end.

Bottom line: it’s nice to try celeb haircuts but make sure they will flatter your body.