Traveling by Train Through Italy 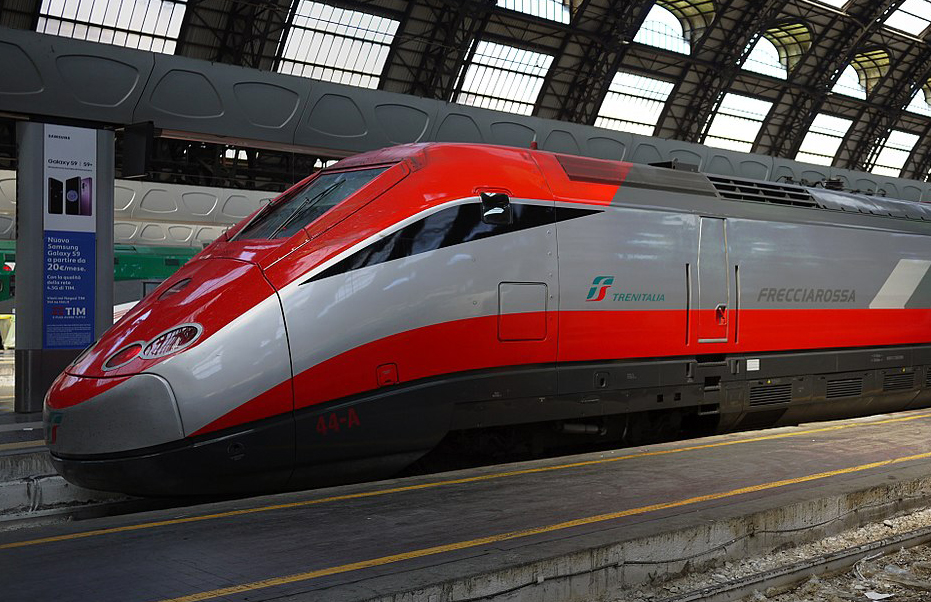 Traveling through Italy by train and public transport is a really good idea. Also because train travel in Italy is a sustainable and climate-friendly way of being on the road. And you will have enough time playing live casino online. But you will always be rewarded by delightful encounters with the country and its people and by moments of slowing down your travel.

Train travel in Italy is pretty easy when it comes to moving between major and well-known metropolises. From Turin in the north to Salerno in the south, the country’s major cities are connected by an excellent network of routes for high-speed trains.

Milan, Bologna, Florence, Rome and Naples are destinations that can be easily reached by extremely chic train. High-speed trains with fantastic names such as Frecciarossa, Red Arrow or Italo promise travelers train rides with top speeds of up to 400 kilometers per hour.

WHICH TRAINS TO TAKE

Frecciarossa and Italo – high speed made in Italy

Because competition is fierce on Italy’s high-speed roads. Since 2012, the state-owned company Trenitalia has been challenged on the routes between Milan and Naples by the private company Italo.

This competition stimulates business and ensures reasonable ticket prices. They have actually dropped by 40%, making train travel in Italy a cheap pleasure. In addition, the wide range of rail services between Milan and Salerno is attracting more and more Italians from the plane or car to the train. And that’s a good thing.

Away from the profitable routes between Milan and Naples, however, things look different. Regional transport is also a neglected business in Italy. In northern Italy, regional rail traffic actually works quite well, even if it is sometimes surprising that a city like Siena, for example, is so complicated to reach by train. Southern Italy, on the other hand, is quite underdeveloped with its rail infrastructure.

Rail travel is becoming more and more popular in Italy since fast trains connect the metropolises:

THE FIRST RAILROAD IN ITALY

There are historical reasons for this. The history of Italian rail transport begins, as everywhere else in Europe, in the mid-19th century with small-scale, separate railroad lines. The first railroad line was opened in 1839 in the Kingdom of the Two Sicilies between Naples and the coastal town of Portici. Shortly after, a railroad line followed in the Turin area.

But with the emergence of the Italian nation-state, industrialization was concentrated in the north, where a dense network of high-speed and regional trains was built in a triangle between Turin, Genoa and Trieste, which today extends to the highly industrialized Po Valley.

A second axis of the Italian rail network emerged between Milan and Naples, heading south via Bologna, Florence and Rome. Along this route, the modern high-speed network developed west of the Apennines, while the rail lines along the Adriatic were neglected. As a result, Bari, the capital of the Puglia region, can be reached mainly by regional trains. As of today, Bari is not connected to the Italian high-speed rail network, but plans for this are in full swing.

What do you need to consider when traveling by train in Italy?

A major drawback of train travel in Italy is the often rather long distance between the train station and the city center. For the metropolises of Turin, Milan, Rome or Florence, this is usually not a problem. But when you get off the regional train at the station in Assisi, the center with its sights is still quite far away and can only be reached by cab or bus. Especially in the case of many ancient cities worth seeing, which in Italy are often located in the mountains, it is the case that the train stations are usually located far away on the plain. When planning your train trip through Italy, you should also think about a further journey from the station in the pampas to the actual destination.

Regional trains in Italy are often used by students on their way to school or university. It can happen that the trains are packed at rush hour. For some, this is a good opportunity to get to know the country and its people, while others find crowded trains rather unpleasant. You have to think about what you prefer when planning your time.